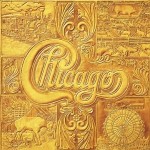 By the time of the sessions for their sixth studio album (and seventh overall), Chicago had dozens of hits behind them and had grown restless and unhappy with the concise nature of their previous two records. Sure the albums established the group as a hit making machine, but the band began to feel that their credibility was at stake. To that end, Chicago decided to use some of the leeway their many hits had bought them to stretch out and make the jazz album they always wanted to.

Not all of the members were on board with the idea, especially Peter Cetera and producer James William Guericio who thought a pure jazz album would be too much of a creative risk for the band. Much of their unease came as a result of the group performing some of the newer jazz oriented material while on tour behind Chicago VI to mixed reaction from the audiences.

After convening at Guericio’s Caribou Ranch to record, the band struck a compromise to incorporate more radio friendly material in with the jazz material. The result was their first double album since their third long player.

The album was sequenced with the most of the jazz tracks up front which puzzled many fans and made the suits at Columbia Records most unhappy. The effect was like cueing up a record by a totally different band than the one who just recently gave fans hit singles like “Feeling Stronger Every Day” and “Just You ‘N Me,” however the strength of the material did establish Chicago as a credible jazz act.

The group’s new material was fairly typical of the jazz-rock direction Chicago’s label-mates Santana and Weather Report set out on, and especially highlighted the instrumental chops of the band, especially on today’s Song Of The Day, “Aire” which features tasty fluid guitar soloing by Terry Kath. By now the band was also augmented by Laudir DeOliveira on percussion and David J. Wolinski on ARP synthesizer, whose contributions were particularly felt throughout the jazz material.

It wasn’t that Chicago’s jazz leanings were too far out, but the first half of Chicago VII confounded fans’ expectations, especially on tracks like the ten minute “Devil’s Suite” that was perhaps their most experimental recording since “Free Form Guitar” on their debut album.

Jazzier material aside, Chicago VII had plenty of commercial radio-ready tracks throughout its second half including James Pankow’ #9 chart hit “(I’ve Been) Searching So Long,” Lee Loughnane’s “Call On Me” (a #6 hit), and Peter Cetera’s “Wishing You Were Here,” (#11) which was notable for the inclusion of Dennis Wilson, Carl Wilson and Al Jardine of The Beach Boys on background vocals. Guericio was also The Beach Boys manager, leading to the two bands co-headlining numerous future tours together.

Other highlights on this album include Terry Kath’s “Byblos,” which was named after a club in Osaka, Japan where the band had played, James Pankow’s “Mongonucleosis” which was Chicago’s tribute to Latin musician Mongo Santamaria, Robert Lamm’s distorted rocker “Life Saver,” and Kath’s ballad “Song of the Evergreens.”

On the poppier side, Peter Cetera contributed “Happy Man,” that pointed towards the middle of the road direction he would take Chicago in the future. (The song was later be covered by Tony Orlando & Dawn.) Robert Lamm contributed several strong songs including “Skinny Boy” which was originally slotted to be the title track to his first solo album that he was recording at the same time as Chicago VII.

Despite its jazz leanings, Chicago VII topped the album charts upon its release in 1974, giving fans the best of both sides of Chicago, but after this album, it was artistically downhill from here for the group.