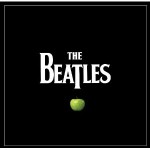 I should have left well enough alone, but I had to go there. When Capitol-EMI released the remastered Beatles catalog on compact disc in 2009, it was great cause for celebration. The CDs that had been on the market since the mid-1980s had sub-par sound quality, and if ever a catalog was crying out for an upgrade, it was this, the Holy Grail for most music fans. And for the most part, Capitol-EMI got the CD reissues right. The sound quality was much improved across the board, and the new packaging, while a little on the skimpy side regarding notes and photos, were for the most part adequate with, at the very least, replicas of what originally came in the records.

It was also cool that the mono version of the box set came out at the same time, since many of us had never really heard the mono mix of records like The White Album before.
My big qualm back in 2009 was the notion that the mono box set was a limited edition. Limited to what? Once they realized that there was way more demand than the number of mono boxes pressed, Capitol-EMI went back for more pressings. I guess they were “limited” to whatever demand was out there for them….and they’re still out there and readily available for anyone who wants one (and worth the price of admission). But that was a minor snafu that music collector’s like myself have come to expect from the major labels.

So when news broke that a stereo vinyl box set would finally see the light of day this winter utilizing the 2009 remasters, I was ready to take the plunge (even though I already own the catalog several times over on vinyl). The draw for me was the promise that the sound quality on the 2009 remasters would even be better on vinyl because of the increased dynamic range inherent to the format. Although this news was soon met with some irritation due to the fact that the mono vinyl box set wouldn’t be released until next year, so no mono vinyl White Album for now.

When the day finally arrived and the 22 pound box set arrived at my door, I was duly impressed. The box came housed inside not one, but two outer shipping boxes complete with foam shielding, to insure that the set would arrive damage free, and it did. Once I dug the box out of the crates, I was confronted with a savory feast for the eyes that heightened the anticipation for the feast for the ears that would soon be coming.

Finally the time came to remove the outer wrap on the box and open the lid. What a joy to take clean fresh copies of these records out of the box and remove the shrink wrap on each one anew. These are indeed the simple pleasures that record geeks live for. As I sifted through the records, I noticed that the album covers had crisp and clean graphics and, for those that had inserts, they were all present and accounted for.

When I got to The White Album I came across my first packaging quibble. Why on earth are these not numbered? The box set is supposedly a worldwide limited edition of 50000, so why wouldn’t EMI-Capitol number each album, just like they were when first issued back in 1968. They got the raised lettering correct, but no number. For the amount of money they’re charging for this box set, I want my White Album numbered!!

Next up, I delved into the 252 page hardcover book that comes with the set. While I haven’t read any of it yet, I can’t imagine I’ll garner any new information I haven’t seen elsewhere. Flipping through all of the pages, I noticed many photos I’ve never seen before, and the presentation of glossy photos on matte finished pages is nothing short of sumptuous. But this is all packaging…how do the records sound?

The sound quality on the albums I’ve auditioned so far is absolutely horrendous!

How could they have gotten it so wrong? The pressings I own of these albums from the early 1980s “Blue” vinyl box set and the original Capitol and Apple pressings that I’ve had for years are far superior to what is in this box. The new pressings I’ve auditioned so far are Help, A Hard Day’s Night, Revolver, Rubber Soul, Please Please Me, With The Beatles, Abbey Road, The White Album and Past Masters, and every single record has significant levels of surface noise. I’m not talking about intermittent surface noise that subsides once the music kicks in; I’m talking about surface noise you can hear throughout the pressings. Add to that, a fair amount of clicks and pops on all of the records and you have what I would call a public affairs disaster for Capitol-EMI and The Beatles, and a travesty for all of us who shelled out over $300.00 for the set.

After listening to a few of the pressings and realizing that this problem was consistent, I decided to check out the customer reviews on Amazon, where I bought the set. Sure enough, I was not alone. Numerous customers were as unhappy as I am with the sound quality of the vinyl for the same reasons I just spelled out. Next I called Amazon’s usually exceptional customer service. The Amazon rep gave me an email address for Capitol-EMI and told me that they were handling all issues regarding the box set. My email went unanswered for several days, until I got a generic response saying that they were looking into my complaint and would get back to me shortly. So here I wait, with new vinyl – broken hearted, in much worse shape, than I started…

Hopefully Capitol-EMI will do the right thing and go back the drawing board to re-press these records with the care they should have taken the first time around. While my expectations are now low, I can still dream, can’t I? And if you haven’t taken the plunge on the set, or purchased any of the record separately, hold off for now until this issue is corrected.