You are here: Home / Music / Classic Rock / Song Of The Day by Eric Berman – “Funtime” by Iggy Pop 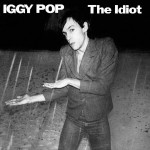 “FUN! We want some! We want some!” Words to live by from the Iggster with an assist from David Bowie. Bowie came along to offer a little career rehab for Iggy whilst meanwhile rehabbing his own addictions of the time. “The Idiot” was recorded at their getaway retreat… in Hansa, Germany, and was sandwiched in between the recording of Bowie’s “Low” and “Heroes.” This track sounded modern at the time of its release back in 1977 and it still does today, capturing the Teutonic Krautrock sound of German bands like Can and Kraftwerk, and mixing it up with the drug-fueled exuberance of a late-’70s night on the town clubbing.