You are here: Home / Music / Folk / Song Of The Day by Eric Berman – “Going Home” by Leonard Cohen 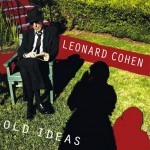 Sometimes when bad things happen to people, other people benefit. Case in point is the story of Leonard Cohen. The Canadian musician/poet spent a good portion of his 77 years amassing a fortune off of such classic songs as “Hallelujah,” “Suzanne,” “Bird On A Wire,” “So Long Marianne,” “Sisters Of Mercy,” “Famous Blue Raincoat,” and countless others. Several years ago he found out that his manager embezzled his entire life savings away. This unfortunate event resulted in two critically hailed world tours over a two year period for Leonard and an album of brand new songs released several weeks ago called “Old Ideas.” Leonard’s droll sense of humor is on parade in the album’s kickoff song “Going Home,” in which God calls him “A lazy bastard in a suit.”