You are here: Home / Music / Song Of The Day by Eric Berman – “Life On Mars” by Barbra Streisand 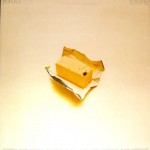 Here’s one for fans of NASA  its missions to Mars. I love the photos that are coming out of the red planet so far and can’t wait to see more. Now, on to this cover of one of David Bowie’s prettiest melodies and greatest songs…Like most people, I think Barbra Streisand has a great voice…like buttuh! Where my opinion differs is when it comes to her interpretive “talents.” In this area I think she is appalling, over emoting and wringing every ounce of subtlety from every song she takes on until the listener comes up begging for mercy. Yet, every so often Streisand gets it right as in the case of this 1974 cover of David Bowie’s “Life On Mars.” While she doesn’t come close to bettering the original (who could?), here Streisand brings just the right amount of panache to the song to carry it off. This one comes from Streisand’s “Butterfly” album which has one of my all-time favorite album covers.