You are here: Home / Music / Song Of The Day by Eric Berman – “Ooh Poo Pah Doo” by Jessie Hill 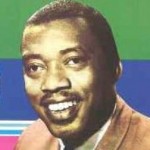 Mardi Gras may be over, but the music keeps rolling on. Jessie Hill was originally a drummer who backed both Professor Longhair and Huey “Piano” Smith before turning to vocals striking and out with his own group, The House Rockers. To further heighten his New Orleans pedigree, this track was produced by none other than Allen Toussaint. After its success in 1960, Hill went on to record more records under his own name while backing fellow New Orleans artists like Mac Rebennack (Dr. John) and Harold Battiste. He also wrote songs recorded by Sonny and Cher, Willie Nelson and Ike and Tina Turner. Hill died at the age of 63 in 1996. His grandson is Troy Andrews better known to most as Trombone Shorty.