You are here: Home / Music / Song Of The Day by Eric Berman – “Rock ‘n’ Groove” by Bunny Wailer 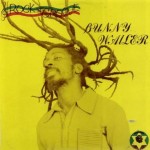 We all know that Neville O’Riley Livingston (aka Bunny Livingston…aka Bunny Wailer) was part of the holy Reggae triumvirate that also included Bob Marley and Peter Tosh giving us the most important Reggae group of all time, The Wailers. What most people don’t know is that Bunny and Bob Marley were stepbrothers and grew up in the same household as children. Bunny was the “quiet one” of the group featured on few vocals but was loud and proud as a percussionist. As a solo artist, Bunny’s songwriting mostly focused on his spiritual beliefs as a Rastafarian with albums like 1976’s “Blackheart Man.” This song is the title track to a more commercial 1981 dancehall album he cut for the Solomonic label. He is the sole surviving member of the “holy Reggae triumvirate.”