You are here: Home / Music / Alternative / Song Of The Day by Eric Berman – “Snake Drive” by R.L. Burnside 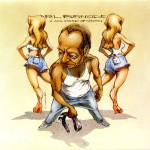 Along with fellow musician Junior Kimbrough, R.L. Burnside didn’t see any fame until he was well into his ’70s. He spent much of his life living in poverty playing the blues in his native Holly Springs, Mississippi. It wasn’t until he was signed to the Mississippi independent Fat Possum record label in the early 1990s that Burnside got any recognition on a national level. He recorded several albums backed by The Jon Spencer Blues Explosion including the album “A Ass Pocket Of Whiskey” where this song was culled. Burnside took to the road during the latter part of his life either backed by Spencer or with his grandson, Cedric Burnside on drums. I caught him live several times in the early 1990s at The Birchmere in Alexandria, Virginia and then again towards the end of his life at the Chicago Blues Festival. Burnside died in 2005 after suffering complications from heart surgery.