You are here: Home / Music / Alternative / Song Of The Day by Eric Berman – “The Malkin Jewel” by The Mars Volta 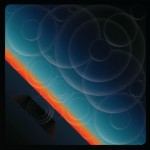 They call it “Math Rock,” but folks my age call it Progressive…and proggy rock is alive and kicking 2012 style in the form of The Mars Volta. Guitarist-producer Omar Rodriguez-Lopez and vocalist, Cedric Bixler-Zavala were originally members of the influential band, At The Drive In, who just reformed for a tour this summer including a stop at Lollapalooza. They formed The Mars Volta in 2001 and have released several dense concept records featuring their special brand of difficult listening incorporating Jazz, Progressive Rock and Latin music influences. Most of the time, I’m not sure what they’re saying…but they sure do mean it and they do so with a complexity that has been missing in rock music for a long time. Their latest album is called “Noctourniquet” and includes this song.