You are here: Home / Music / Jazz / Song Of the Day by Eric Berman – “Yes And No” by Branford Marsalis 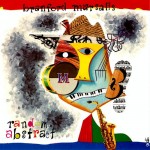 Before TV and Leno, there was Branford, brother of Wynton and young Turk on the saxophone. He was touring behind his 1988 album “Random Abstract” at the time of this recording and had Kenny Kirkland on piano, Bob Hurst on bass and powerhouse drummer Jeff “Tain” Watts along for the ride. Here they are tearing it up on a Wayne Shorter classic called “Yes And No.” I was fortunate enough to be at this show and a then-unknown jazz piano player by the name of Harry Connick Jr. was the opening act. Sitting at the table behind me that night was Bill Cosby, his wife, and Miles Davis. It was hard to focus on the magic unfolding on the stage with them sitting behind me. However, I did approach them after the show and shook their hands.