You are here: Home / Music / Alternative / Song Of The Day – “Picture This” by Blondie 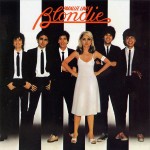 There was nothing new about punk and new wave. It came about as a reaction to the bloated excesses of progressive rock groups like Emerson, Lake & Palmer, Genesis and Yes and their seemingly obligatory side-long multi-part suites of music.  (Not that there was anything wrong with that…)

Groups like Ramones and Blondie brought back the sounds of the early 1960s. They simplified things, kept their songs under three minutes and created sugary-sweet melodic gems that were bashed out on guitars and drums.

But being from New York, Blondie were just as inspired by the Broadway scene, and you can feel the presence of Broadway all over their third album Parallel Lines, in the sugar-coated poppiness of “Sunday Girl,” or the call and response chorus of “Just Go Away,” or even in the full on Broadway rock of “I Know But I Don’t Know,” that wouldn’t have felt out of place on the Original Cast Recording of Hair.

By the time of their breakthrough album Parallel Lines, Blondie had consisted of Deborah Harry on vocals, Chris Stein on guitar, Jimmy Destri on Keyboards and electronics, Clem Burke on drums, and new members Frank Infante on guitar and Nigel Harrison on bass. They had been together for several years and had scored hits throughout Europe. Their sound had matured and now included elements of the electronic disco that was being played all around the clubs of New York City, hence the percolating electricity that is the hit, “Heart Of Glass.”

They had been playing a slowed down version of the song as early as 1974. Inspired by Kraftwerk and the New York City club scene, Jimmy Destri recast the original as an electronic disco track and it topped the charts in 1979. There were several more worldwide smashes from the album including the urgent rockers “One Way Or Another” and “Hangin’ On The Telephone,” that further established Blondie here and abroad as mainstream artists while at the same time representing the newly-coined new wave music scene.

“Sunday Girl,” is pure girl group sweetness, with a coolly detached edge that only Deborah Harry could be responsible for. It was never released as a single in the U.S; however it topped the charts in England. Today’s Song Of The Day was the first single released from the album in the U.K. where it climbed all the way to number twelve on the charts. It was also never released as a single here in the states.

The album’s tune stack also included, the rocker “11:59,” a cover of Buddy Holly’s “I’m Gonna Love You To” that failed to chart when it was released as the record’s first single in the  U.S., and the atmospheric ‘60s Goth of “Fade Away And Radiate,” featuring guitar work by Robert Fripp.

In 2006 the group was inducted into the Rock ‘n’ Roll Hall Of Fame notably for incorporating elements of ‘60s girl group rock, punk, new wave, disco and rap in to their music.