Still a mystery to me why these recordings have never been officially released... The Dylan-Cash Sessions took place in Nashville’s Columbia Studio A on February 17-18, 1969 at the tail end of the Nashville Skyline recording sessions. During the same week that Dylan turned in such indelible recordings as “I Threw It All Away,” “Lay Lady Lay,” “To Be Alone With You” and … END_OF_DOCUMENT_TOKEN_TO_BE_REPLACED 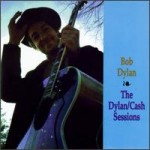 Song of the Day by Eric Berman – “One Too Many Mornings” by Bob Dylan & Johnny Cash Still a mystery to me why these recordings have never been officially released…and now that The Complete Basement Tapes have finally seen the light of day, maybe their time has come… The Dylan-Cash Sessions took place in Nashville’s Columbia Studio A on February 17-18, 1969 at the tail … END_OF_DOCUMENT_TOKEN_TO_BE_REPLACED