You are here: Home / Archives for Aaron Brooks

“Next man up” has become the slogan for the Chicago Bulls for about three years now. Ever since Derrick Rose tore his ACL in the 2012 playoffs, head coach Tom Thibodeau has been forced to change his lineup more than any other coach in recent memory. Not only have the Bulls had to deal with injuries to Rose the past few seasons, Joakim Noah, Taj Gibson, and Kirk Hinrich are … END_OF_DOCUMENT_TOKEN_TO_BE_REPLACED 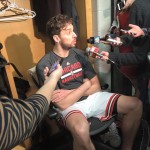 The Chicago Bulls came into Saturdays home matchup against the Boston Celtics short handed and uncertain on who would be in the starting five. Wings Mike Dunleavy and Jimmy Butler both missed Saturdays game but lucky for Chicago, Pau Gasol showed up as usual. Gasol scored 29 points and added 16 rebounds and 5 blocked shots and reserve forward Nikola Mirotic chipped in ten … END_OF_DOCUMENT_TOKEN_TO_BE_REPLACED 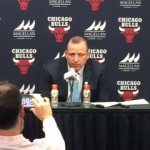 This was a tired Bulls team after their 118 – 115 victory over the 76ers last night in Philly, as every starter played over 31 minutes. A rested player would have been a nice reinforcement for the Bulls but Derrick Rose sat for the 2nd straight game with two sprained ankles. The Celtics also had there star point guard sitting, as Rajon Rondo didn’t suit up due to his hand … END_OF_DOCUMENT_TOKEN_TO_BE_REPLACED