You are here: Home / Archives for Adrian Peterson 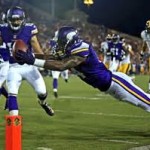 Personally, the Bears bye week is one of the most relaxing times of the year for me as I can enjoy life without the black cloud of Bears football hanging over me. I don’t have to watch Jay Cutler throw a late interception, terrible clock management by coaches, or a defense that gives up a league high 29.8 PPG. Nope, don’t have to watch it. But like all good things, my … END_OF_DOCUMENT_TOKEN_TO_BE_REPLACED 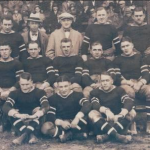