You are here: Home / Archives for Atlanta Falcons

on the Sports Report with Packer Dave, Steve Leventhal, Jeff Rich, and John Poulter Get your 2018 NFL Divisional Playoff Preview with Dave and Jeff. Steve and Dave look at the front office changes in Green Bay and Chicago, along with our special guest Les Grobstein of the Score 670 radio.  John updates us on the Blackhawks, Maple Leafs and the rest of the NHL. Plus, some … END_OF_DOCUMENT_TOKEN_TO_BE_REPLACED

On the Weekend Sports Report with Packer Dave and Steve Leventhal Our big Super Bowl 51 preview features Alan Segel from ESPN Radio in Boston. We'll look at the key matchups in what should make for a very exciting conclusion to the NFL season on Sunday.  Later, John Poulter joins us for a sneak peek at what's in store in 2017 for the defending champion Chicago Cubs and the … END_OF_DOCUMENT_TOKEN_TO_BE_REPLACED 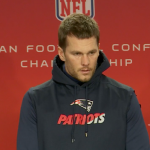 on the Weekend Sports Report with Packer Dave and Steve Leventhal Our man in Atlanta, Dan Lynn gives us a preview of the NFC Championship game between the Packers and Falcons. Later, Jeff Rich chimes in on the AFC Championship between New England and Pittsburgh. Josh the intern gets grilled by Dave. Lastly, John Poulter, the professor of sports, closes out the show with a NHL … END_OF_DOCUMENT_TOKEN_TO_BE_REPLACED 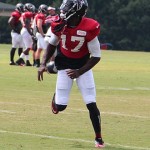 There is always some anxiety when you see an ex-girlfriend after a relationship is over, especially when the break up was not mutual. Greg Olsen was traded for a 3rd round pick in 2011, he led the Panthers comeback in week 5 against the Bears by racking up 72 yards on 6 receptions and finding the pay dirt twice in the 31 – 24 victory. This was equivalent to showing up to a … END_OF_DOCUMENT_TOKEN_TO_BE_REPLACED