You are here: Home / Archives for Badfinger

1965, The Byrds were at number one on the UK singles chart with their version of the Bob Dylan song "Mr Tambourine Man." It was the first Bob Dylan song to reach the top of the charts.  Across the Atlantic, "(I Can't Get No) Satisfaction" by The Rolling Stones began the third of it's four week run at number one. 1966, The Who played at Brittania Pier in Great Yarmouth, … END_OF_DOCUMENT_TOKEN_TO_BE_REPLACED

1966, The Who performed at Birmingham Hippodrome in Birmingham, West Midlands, England. 1967, Pink Floyd appeared at Blue Opera Club, held at at The Feathers public house in London, England. A patron threw a penny a Roger Waters resulting in gash to his forehead. 1968,  Keith Moon, drummer with The Who, drove his Lincoln car into a Holiday Inn swimming pool while enjoying … END_OF_DOCUMENT_TOKEN_TO_BE_REPLACED 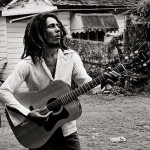 1965, The Rolling Stones kicked off their third North American tour at the Maurice Richard Arena in Montreal, Canada. 1966, The Who played at the Odeon Theatre in Rochester, Kent, England. 1967, Jimi Hendrix appeared at the Gaumont Theatre in Stoke-on-Trent, Staffordshire, England. 1969, The Beatles were at number one on the UK singles chart with "Get Back," the … END_OF_DOCUMENT_TOKEN_TO_BE_REPLACED

1967, Jimi Hendrix set fire to his guitar live on stage for the first time when he was appearing at The Astoria in London, England. It was the first night of a 24-date tour with The Walker Brothers, Cat Stevens, and Engelbert Humperdink. The Fender Stratocaster burned on stage by Hendrix sold for £280,000 at a 2008 London auction of rock memorabilia. 1967, Pink Floyd played … END_OF_DOCUMENT_TOKEN_TO_BE_REPLACED