You are here: Home / Archives for Billy Joel

1966, The Who record preliminary versions of two new Pete Townshend compositions "Disguises," and a song from Pete's first rock opera Quads, "I'm A Boy." "Disguises" is rush mixed to be used the next day on the last episode of BBC-TV's A Whole Scene Going. Pete wears a handlebar mustache and John plays a tuba named "Gladys." 1967, The Doors appeared at Steve Paul's Scene, … END_OF_DOCUMENT_TOKEN_TO_BE_REPLACED

1968, Pink Floyd announced founder Syd Barrett had officially left the group. Barrett was suffering from psychiatric disorders compounded by drug use. 1968, Simon and Garfunkel went to number one on the US album chart with the soundtrack of Mike Nichols' movie The Graduate, starring Dustin Hoffman and Anne Bancroft. The film boosted the profile of the folk-rock duo and on … END_OF_DOCUMENT_TOKEN_TO_BE_REPLACED 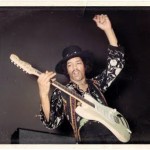 1962, Bob Dylan's debut album Bob Dylan was released in the Untied States. Initially poor sales led the record to be known around Columbia Records as "Hammond's Folly." John Hammond was producer of Dylan’s early recordings and the man responsible for signing Dylan. The album was praised by the New York City weekly newspaper Village Voice as an "explosive country blues debut," … END_OF_DOCUMENT_TOKEN_TO_BE_REPLACED

1965, Released as a double A-side The Beatles "Day Tripper / We Can Work It Out," became their ninth UK number one, and their third Christmas chart topper in a row. The single was a US number one in January 1966. 1966, Pink Floyd appeared at a prohibition themed dance, the AA Students Christmas Carnival, held at The Architects Association, Bedford Square, London. 1966, The … END_OF_DOCUMENT_TOKEN_TO_BE_REPLACED