You are here: Home / Archives for Blind Faith 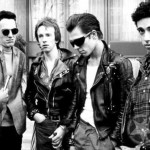 1968, Led Zeppelin, still working under the name of The Yardbirds, started recording their debut album at Olympic Studios, Barnes, London, England. The album took only about 36 hours of studio time to complete at a cost of around £1,782 ($2851), with most of the tracks being recorded "live" in the studio with very few overdubs. 1968, The Amboy Dukes performed at the Grande … END_OF_DOCUMENT_TOKEN_TO_BE_REPLACED 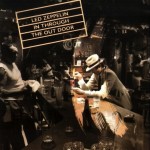 1964, The Supremes started a two week run at number one on the US singles chart with "Where Did Our Love Go" the girl group's first chart topper. Holland–Dozier–Holland had originally composed the song for The Marvelettes to record it who rejected the song, thinking it childish. 1965, The Beatles, on tour in North America, performed two shows at Memorial Coliseum, Portland, … END_OF_DOCUMENT_TOKEN_TO_BE_REPLACED

1968, Herb Alpert started a four week run at number one on the singles chart with "This Guys In Love With You." It was his first chart topper, plus first number one for the A&M label, as well as for writers Burt Bacharach and Hal David 1968, The Rolling Stones go to number one in the UK with "Jumpin' Jack Flash." It was the first time they had visited the top spot in two … END_OF_DOCUMENT_TOKEN_TO_BE_REPLACED

1968, Fleetwood Mac, Grateful Dead and Jefferson Airplane all appeared for the first of a three night run at the Carousel Ballroom, San Francisco, California. 1968, Cream played at the Grande Ballroom in Detroit, Michigan 1969, Supergroup Blind Faith, featuring Eric Clapton, Ginger Baker and Steve Winwood made their live debut at a free concert in London's Hyde … END_OF_DOCUMENT_TOKEN_TO_BE_REPLACED