You are here: Home / Archives for Broadway

Song Of The Day by Eric Berman - "Broadway" by The Clash This song was originally released on their sprawling triple album, "Sandinista." At the time of its release, it was hailed as a major statement by the band and it received almost unanimous positive reviews. In reality, the record would have made a solid double album with some … END_OF_DOCUMENT_TOKEN_TO_BE_REPLACED 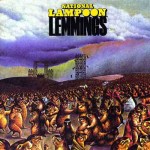 Song Of The Day by Eric Berman – “Lemmings Lament” by National Lampoon “Welcome to the Woodshuck Memorial Festival: Three Days Of Peace, Love And Death!” So began one of the funniest and spot-on parodies of the Woodstock generation with this announcement made by none other than John Belushi. Lemmings was performed as a stage show by National Lampoon in 1973, and not only … END_OF_DOCUMENT_TOKEN_TO_BE_REPLACED

Most rock fans know this song by Three Dog Night’s hit version, but here’s the original recording from the 1968 Broadway Cast of the musical Hair - The American Tribal Love-Rock Musical. The show introduced the hits "Aquarius/Let The Sunshine In," "Good Morning Starshine" and the title song which were brought to the charts by the likes of The Fifth Dimension, Oliver and The … END_OF_DOCUMENT_TOKEN_TO_BE_REPLACED

Broadway musicals don’t get any better than this! You can keep your Andrew Lloyd Webber with his one song per musical, Leonard Bernstein and Stephen Sondheim were the real deal! And their musical, West Side Story, has never been bettered. West Side Story was one of the first musicals where dance played as important a role … END_OF_DOCUMENT_TOKEN_TO_BE_REPLACED

Song Of The Day – “All Er Nothin’” from the Original Soundtrack to “Oklahoma!” The Broadway version of “Oklahoma!” opened in 1943 and ran 2, 212 performances. With music by Richard Rodgers and Lyrics by Oscar Hammerstein III, the Pulitzer Prize-winning score gave us the standards “Oh What A Beautiful Mornin’,” “People Will Say We’re In Love,” “(Everything’s Up To Date In) … END_OF_DOCUMENT_TOKEN_TO_BE_REPLACED