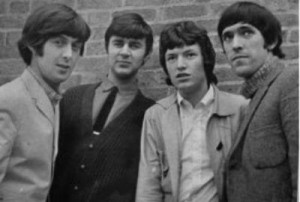 1965, The Four Tops went to number one on the singles chart with “I Can’t Help Myself.” Lead singer Levi Stubbs had not been satisfied with the recording session and was promised that he could do it again the following day, but no other session ever took place. The track that became a hit was just the second take of the song.

1966, “Paint It Black” by the Rolling Stones began its second week at number one on the American singles chart.

1967, Paul McCartney told The Daily Mirror that he had taken LSD four times during an interview with Life Magazine, Sir Paul stated that he didn’t regret that he’d spoken out and hoped that his fans would understand.

1968, The Rolling Stones scored their seventh number one single when “Jumpin’ Jack Flash” topped the charts. Keith Richards wrote in his autobiography that he and Jagger wrote the lyrics while staying at Richards’ country house. They were awoken one morning by the sound of gardener Jack Dyer walking past the window. When Jagger asked what the noise was, Richards responded, “Oh, that’s Jack – that’s jumpin’ Jack.”

1969, The Doors appeared at the PNE Garden Auditorium, Vancouver, Canada.

1971, Carole King started a five week run at number one on the singles chart with “It’s Too Late / I Feel The Earth Move.” Both songs were from her Tapestry album.

1973, Edgar Winter’s US number one hit “Frankenstein” was awarded a Gold record. Winter named the song because of how many cuts and patches were contained in the original studio tape. 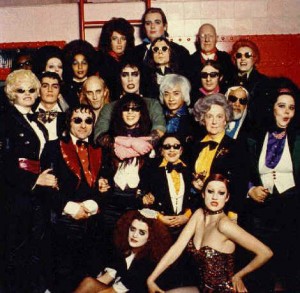 1973, Pink Floyd performed at the Civic Center Arena in Pittsburgh, Pennsylvania. The set list: Obscured By Clouds / When You’re In / Set the Controls for the Heart of the Sun / Careful With that Axe, Eugene / Echoes. // Second set: The Dark Side of the Moon/ encore: One of These Days.

1974, The Delinquents a band featuring Mick Jones (later of The Clash) made their debut at the Students Union bar, Queen Elizabeth College, Kensington.

1977, Tom Petty and the Heartbreakers supported by The Boomtown Rats appeared at The Rainbow, London.

1978, The Rolling Stones played the Palladium, in New York City during their summer tour of North America.

1980, The Grateful Dead played the first of three shows at West High Auditorium in Anchorage, Alaska.

2011, Amy Winehouse was booed by crowds in Serbia’s capital Belgrade after appearing to be too drunk to perform. The concert – the first on the singers 12-day European tour, saw Winehouse mumble her way through parts of songs, leave the stage altogether and at one point she threw her microphone to the floor.

2013, Slim Whitman the American country music and western music singer/songwriter and instrumentalist died aged 90. He was known for his yodeling abilities and his smooth high octave falsetto, and sold in excess of 120 million records during his career. Michael Jackson cited Whitman as one of his ten favorite vocalists, and Beatle George Harrison cited Whitman as an early influence. Paul McCartney credited a poster of Whitman with giving him the idea of playing his guitar left-handed with his guitar strung the opposite way to a right-handed player’s.

2014, Gerry Goffin, who penned chart-topping songs with his then-wife Carole King died at the age of 75 in Los Angeles. He wrote dozens of hits over two decades, including “The Loco-Motion,” “Will You Love Me Tomorrow,” and “(You Make Me Feel Like) A Natural Woman.” After their divorce in 1968, Goffin continued writing songs, including a hit for Whitney Houston, “Saving All My Love for You” in 1985.