You are here: Home / Archives for Creedence Clearwater Revival 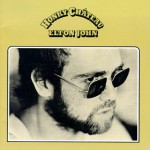 1967, The Doors and The Jefferson Airplane both played an afternoon and evening show to over 8,000 fans at Anaheim Convention Center, Anaheim, California. 1967, Pink Floyd performed at the Stowmarket Carnival, held at The Cricket Meadow, in Stowmarket, England.  Feel for Soul, The Ketas, and other bands were also on the bill. 1967, This week's Top 5 UK albums - number 5, … END_OF_DOCUMENT_TOKEN_TO_BE_REPLACED

1964, The Beatles appeared live on the ABC Television program Lucky Stars (Summer Spin,) performing "A Hard Day's Night," "Long Tall Sally," "Things We Said Today," and "You Can't Do That." To avoid the crowd of fans waiting for them, The Beatles arrived at the Teddington Studio Centre by boat, traveling down the River Thames. 1965, The Who performed two shows on this … END_OF_DOCUMENT_TOKEN_TO_BE_REPLACED

1966, The Beatles release their album Yesterday & Today, featuring the band wearing butcher's aprons on the front cover surrounded by decapitated baby dolls. At the time, some of the Beatles defended the use of the Butcher photograph. John Lennon said that it was "as relevant as Vietnam" and McCartney said that their critics were "soft." However, this opinion was not shared … END_OF_DOCUMENT_TOKEN_TO_BE_REPLACED

1965, Herman's Hermits play The Ed Sullivan Show. 1965, The Rolling Stones released the single "(I Can't Get No) Satisfaction" on the Decca label in the US. The song also featured on the American version of the Rolling Stones' fourth studio album, Out of Our Heads, released that July. 1965, The Who played at St. Joseph's Hall in London. 1966, Roy Orbison's first wife, … END_OF_DOCUMENT_TOKEN_TO_BE_REPLACED 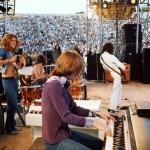 1966, The Who performed at Town Hall in Kidderminster, West Midlands, England. 1967 At a performance at the Sporthallen in Eskilstuna, The Who are forced to perform on a small stage meters above the heads of the audience. Pete Townshend cuts the set to five songs in protest. 1968, Buffalo Springfield split up. Richie Fury formed Poco and Stephen Stills teamed up with … END_OF_DOCUMENT_TOKEN_TO_BE_REPLACED