You are here: Home / Archives for Duquesne Whistle 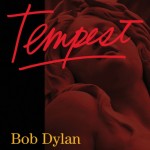 In a little over a week, the world will be graced with Bob Dylan’s 35th studio album. While his croak is (and always was) an acquired taste, I love the old-timey feel of the records he’s released in the last decade, and judging by this track the new record should musically be in the same vein. The “Tempest” album will release on 9/11, which was the release date of his “Love And Theft” album in 2001. While Dylan’s penchant for “borrowing” has led some to believe he is creatively spent, his “borrowing” has been a significant trait of the folk tradition from whence he came. The definition of Duquesne is: “A Suffren class frigate of the French Navy, designed to protect a fleet against air threats, surface ships, submarines, and, to a lesser extent, provide fire power against land objectives. She is the sister-ship of the Suffren.” I’m not exactly sure what to make of the video that accompanies this song…

2020 and 2019: Thanks to everyone who continues to support us. The current licensing to legally play all the music you hear on Acid Flashback costs almost $2000 a year. Please help us defray this and other costs with a donation of any amount. … END_OF_DOCUMENT_TOKEN_TO_BE_REPLACED