You are here: Home / Archives for Earth Wind & Fire 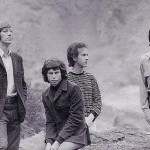 As a pimply-faced Jewish teen growing up in a predominantly white New Jersey suburb, my exposure to the black experience was extremely limited. Sure there was Soul Train on TV and disco music on the radio, but the few African-American kids in my middle school mostly kept to themselves. At the same time, I volunteered at a hospital in predominantly black Newark, New Jersey … END_OF_DOCUMENT_TOKEN_TO_BE_REPLACED

If you love tuba solos, they’re here. How about exotic string instruments like zithers and kalimbas? Check, they’re in abundance. Funky, funky brass? Present and duly accounted for. Exciting music like you’ve never heard before? Look no further than the welcome return of Kelan Philip Cohran and his latest group, The Hypnotic Brass Ensemble. Cohran played trumpet, zither and … END_OF_DOCUMENT_TOKEN_TO_BE_REPLACED

On this episode of The Award Winning 3D RadioActivity, we are playing Wonderous music. Various lists of the Wonders of the World have been compiled from way back when to the present day, to catalog the world's most spectacular natural wonders and man made structures. The Seven Wonders of the Ancient World is the first known list of the most remarkable creations of classical … END_OF_DOCUMENT_TOKEN_TO_BE_REPLACED 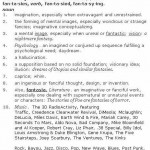 Fantasy comes in several forms, some of which is a genre of fiction that commonly uses magic and other supernatural phenomena as a primary element of plot, theme, or setting. Many works within take place in imaginary worlds where paranormal is common. Fantasy is generally distinguished from science fiction by the expectation that it steers clear of those themes, though there is … END_OF_DOCUMENT_TOKEN_TO_BE_REPLACED