You are here: Home / Archives for Elvis Presley ~ Are You Lonesome Tonight

Elvis Presley ~ Are You Lonesome Tonight 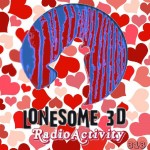 Once again it's our Valentine's Day on our 318th program of The 3D RadioActivity.  In the past we have addressed Leftover Love songs, Lonely, The Valentines' Day Massacre, and Cheatin' music, so this time we have some Lonesome musical notes to show that those of you who don't have anyone aren't really alone... you have some pretty esteemed rockers, jazz, blues, and country … END_OF_DOCUMENT_TOKEN_TO_BE_REPLACED

The Tonight Show is an American late-night television talk show that has aired on NBC since 1954. Currently recorded in New York City, it is the longest recurring, regularly scheduled entertainment program in the United States and the third-longest after Meet the Press and Today.  It has been hosted by Steve Allen (1954–57), Jack Paar (1957–62), Johnny Carson (1962–92), Jay … END_OF_DOCUMENT_TOKEN_TO_BE_REPLACED