You are here: Home / Archives for Emerson Lake & Palmer

1967, Pink Floyd released their debut album The Piper At the Gates of Dawn in the UK, on which most songs were penned by Syd Barrett.  When reviewed by the two main UK music papers, Record Mirror and NME both gave the album four stars out of five. The album was recorded at Abbey Road studios, London during the same time that The Beatles were recording Sgt Pepper's. It … END_OF_DOCUMENT_TOKEN_TO_BE_REPLACED

1966, The Beatles released the Nowhere Man 4-track EP in the UK, which included "Drive My Car," "Michelle," and "You Won't See Me." All four tracks were taken from The Beatles' sixth UK studio album, Rubber Soul. 1966, The Who appeared at Top Rank Suite in Cardiff, Wales. 1966, The Rolling Stones performed at Cobo Hall in Detroit, Michigan. 1967, UK music weekly the … END_OF_DOCUMENT_TOKEN_TO_BE_REPLACED

Rock History for June 1 1966, The Beatles returned to Abbey Road studios to complete recording on "Yellow Submarine. " The band, plus friends and members of the staff helped search for a "weird instrument" to create the desired sound effects.  John Lennon ended up blowing bubbles in a bucket of water.  Paul and John imitated different voices.  Roadie Mal Evans played on a … END_OF_DOCUMENT_TOKEN_TO_BE_REPLACED

1967, The Beatles held a press party at manager Brian Epstein's house in London for the launch of the Sgt. Pepper's album. Linda Eastman was hired as the press photographer. 1967, Pink Floyd played at Club A' Go Go in Newcastle upon Tyne, Tyne and Wear, England. 1969, The Who appeared at The Rock Pile in Toronto, Ontario, Canada. 1970, New Riders of the Purple Sage, … END_OF_DOCUMENT_TOKEN_TO_BE_REPLACED 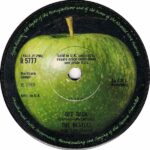 1965, The Rolling Stones kicked off their third North American tour at the Maurice Richard Arena in Montreal, Canada. 1966, The Who played at the Odeon Theatre in Rochester, Kent, England. 1967, Jimi Hendrix appeared at the Gaumont Theatre in Stoke-on-Trent, Staffordshire, England. 1969, The Beatles were at number one on the UK singles chart with "Get Back," the … END_OF_DOCUMENT_TOKEN_TO_BE_REPLACED