You are here: Home / Archives for Genesis

1964, The Dave Clark Five were at number one on the singles chart with "Glad All Over," the group's only chart topper. 1964, The Beatles played two shows at the Olympia Theatre, Paris, France, the first of an 18-night engagement. The first show was attended mostly by Paris' top society members, all dressed in formal evening attire. The French press had little good to say … END_OF_DOCUMENT_TOKEN_TO_BE_REPLACED

1965, The Who released their first single "I Can't Explain," with Jimmy Page on guitar and The Ivy League on backing vocals.  It went on to reach number eight on the singles chart. 1966, The Who play at The Two Puddings Club in Stratford and the In Crowd Club in Hackney, London, England. 1967, The Rolling Stones were forced to change the lyrics of "Lets Spend The … END_OF_DOCUMENT_TOKEN_TO_BE_REPLACED

1963, The Beatles recorded a TV appearance on the ABC Television program Thank Your Lucky Stars in Birmingham playing their new single, "Please Please Me". The show was broadcast on January 19th. 1965, The first day of recording sessions for Bob Dylan’s Bringing It All Back Home album were held at Studio A, Columbia Recording Studios in New York City. Dylan recorded … END_OF_DOCUMENT_TOKEN_TO_BE_REPLACED 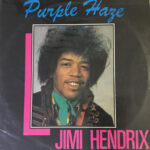 1967: The Jimi Hendrix Experience recorded "Purple Haze." Jimi also signed to the new record label Track Records on this day. 1968: Jimi Hendrix moves into a London townhouse formerly owned by the Messiah's composer George Frederick Handel. The guitarist tells the Daily Mirror that he will "not let the tradition down." 1969:  The Rolling Stones go to number five in … END_OF_DOCUMENT_TOKEN_TO_BE_REPLACED

1964, The first US Beatles album, Introducing The Beatles, was released on Vee-Jay records. The album cover showed John, Paul and George with their now famous "mop top" haircuts, but Ringo had yet to adopt the soon the be famous style. Vee-Jay would be forced to stop selling the disc by the end of the year because of legal complications, but by then, over 1.3 million copies had … END_OF_DOCUMENT_TOKEN_TO_BE_REPLACED