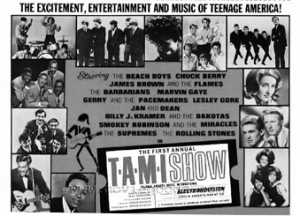 1965, The Beatles single “Ticket to Ride” was released on Capitol records in the US. The single’s label stated that the song was from the upcoming movie Eight Arms to Hold You, the original name for the movie Help!

1968, John Lennon, George Harrison and their wives left the Maharishi Mahesh Yogi’s ashram in Rishikesh, India two weeks before their study was complete. Ringo and Paul had already left. 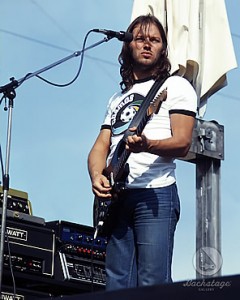 1968, Pink Floyd released their fourth UK single “It Would Be So Nice,” written by Richard Wright, with “Julia Dream” by Roger Waters on the B-side. Pink Floyd were on tour in Europe on this day, and played their second night at the Piper Club, in Rome, Italy.

1969, Ten Years After played at The Rock Pile in Toronto, Ontario.

1969, Smile (later to be known as Queen), appeared at the Revolution Club in London, England.

1974, Bruce Springsteen and the E Street Band appeared at the State Theatre in New Brunswick, New Jersey. The gig was unadvertised by its promoter, who gambled that word-of-mouth would be enough to fill the 550-seat venue, only 250 people attended. Tickets cost $4.50 and $5.50 in advance.

1975, Elton John fires his rhythm section, bassist Dee Murray and drummer Nigel Olsson. They would have to wait until the next decade for the pianist to rehire them.

1978, Patti Smith releases her biggest hit, “Because the Night.” It was co-written by Bruce Springsteen.

1980, Blondie went to number one on the US singles chart with ‘Call Me,” featured in the Richard Gere movie American Gigolo. The track was also a chart topper in the UK.

1982, The Grateful Dead appeared at the Civic Center in Baltimore, Maryland.

1990, On this week’s BBC- TV’s French and Saunders show, Mark Knopfler, David Gilmour, Lemmy, Mark King (Level 42,) and Gary Moore all appeared in a comedy courthouse sketch. The sketch ended with all the guitarist’s jamming together.

1995, The Stone Roses played their first gig in five years when they appeared at The Rockefeller Club, Oslo, Norway.

2012, Levon Helm, died of throat cancer aged 71. A drummer, singer and multi-instrumentalist, Helm formed his own high school band, the Jungle Bush Beaters, at 17. He later joined The Hawks (who became Bob Dylan’s backing group) later changing their name to The Band. He sang on Band classics like ‘The Night They Drove Old Dixie Down,” “Up on Cripple Creek,” “Rag Mama Rag,” and “The Weight.”