You are here: Home / Archives for Gerry Rafferty

1966, The Beatles released the Nowhere Man 4-track EP in the UK, which included "Drive My Car," "Michelle," and "You Won't See Me." All four tracks were taken from The Beatles' sixth UK studio album, Rubber Soul. 1966, The Who appeared at Top Rank Suite in Cardiff, Wales. 1966, The Rolling Stones performed at Cobo Hall in Detroit, Michigan. 1967, UK music weekly the … END_OF_DOCUMENT_TOKEN_TO_BE_REPLACED 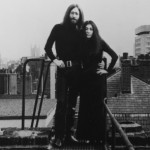 1965, The Beatles were at number one on the UK singles chart with "Ticket To Ride." Taken from the film Help! it was the group's seventh UK chart topper. 1966, "Wild Thing" by The Troggs (who were originally called The Troglodytes) was released in the US on both the Atco and Fontana labels. The song went on to reach number one. Fronted by Reg Presley, "Wild Thing" became a … END_OF_DOCUMENT_TOKEN_TO_BE_REPLACED

Song Of The Day by Eric Berman – The Jukebox Series #78 – Stealers Wheel: “Stuck In The Middle With You” b/w “José”– A&M 1416 (Q8/R8) “The Jukebox Series” focuses on the 80 records that inhabit my 1963 Seeburg LPC1 jukebox. I’ve had my jukebox (or as I like to call it “the prehistoric iPod”) for a little over twelve years and in that time I’d like to think that I’ve … END_OF_DOCUMENT_TOKEN_TO_BE_REPLACED

On this episode of The Award Winning 3D RadioActivity, we are playing songs about Work, various professions and other employees on the jog in honor of the United States Holiday celebrating "Labor Day". [jwplayer mediaid="5725"] We hope you had a pleasant day away from your toils, and have gratitude for all of the people who are on the clock. … END_OF_DOCUMENT_TOKEN_TO_BE_REPLACED