You are here: Home / Archives for Grand Funk Railroad

1967, Rolling Stones guitarist Brian Jones was rushed to St Georges hospital in London after collapsing. A doctor reported Jones was tired and suffering from over strain and was also recovering from having some teeth out. 1968, Deep Purple played at the Grande Ballroom in Detroit, Michigan. 1968, Marvin Gaye scored his first number one single when "I Heard It Through The … END_OF_DOCUMENT_TOKEN_TO_BE_REPLACED 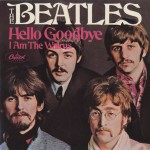 1965, The Who perform at The Marquee in London where they break box office records for the venue. 1966, "Mississippi" John Hurt, country blues singer and guitarist, died of a heart attack in his home state of Mississippi. Material recorded by him has been re-released by many record labels over the years and his songs have been recorded by Bob Dylan, Jerry Garcia, Beck, Doc … END_OF_DOCUMENT_TOKEN_TO_BE_REPLACED

1966, The Beatles played their last concert before a paying audience, at Candlestick Park in San Francisco, California to a sold-out crowd of 25,000. John and Paul, knowing what the fans do not, bring cameras on stage and take pictures between songs. Songs performed at the show were "Rock and Roll Music", "She's a Woman", "If I Needed Someone", "Day Tripper", "Baby's in Black", … END_OF_DOCUMENT_TOKEN_TO_BE_REPLACED

1964, The Beatles have an incredible fourteen singles on the American charts. 1965, During a North American tour, The Rolling Stones played at Maple Leaf Gardens in Toronto to over 16,000 fans. 1965, The Who performed at Trade Union Hall in Watford, Hertfordshire, England. 1967, Just days after the completion of Sgt. Pepper's Lonely Hearts Club Band, The Beatles embark … END_OF_DOCUMENT_TOKEN_TO_BE_REPLACED

1967, Working on sessions for the new Beatles album Sgt. Pepper's at Abbey Road studios in London, John Lennon recorded his lead vocal for "Good Morning Good Morning," and Paul McCartney added a lead guitar solo to the track. Lennon had decided he wanted to end the song with animal sound effects, and asked that they be sequenced in such a way that each successive animal was … END_OF_DOCUMENT_TOKEN_TO_BE_REPLACED