You are here: Home / Archives for Harry Connick 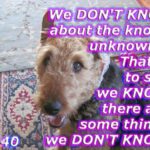 Everybody's Uncle Marty is here on The 3D RadioActivity number six fourty as DaytonAiredale and I delve into the depths of education for hipsters of all ages with what we are calling DON'T KNOW RADIO. We had some Blues, Country, Folk, Pop, Rock, Swing, R&B, so now you can't say you DON'T KNOW. Coming up over the next few weeks, we will be doing our traditional Memorial … END_OF_DOCUMENT_TOKEN_TO_BE_REPLACED

Two weeks ago on The Award Winning 3D RadioActivity we featured a musical journey into fantasy, so on this episode we are playing songs about imagination: the ability of forming new images and sensations when they are indirectly perceived through sight, hearing, or other senses.  Imagination helps provide meaning to experience and understanding to knowledge; it is a fundamental … END_OF_DOCUMENT_TOKEN_TO_BE_REPLACED