Two weeks ago on The Award Winning 3D RadioActivity we featured a musical journey into fantasy, so on this episode we are playing songs about imagination: the ability of forming new images and sensations when they are indirectly perceived through sight, hearing, or other senses.  Imagination helps provide meaning to experience and understanding to knowledge; it is a fundamental faculty through which people make sense of the world.  A basic training is listening to narrative storytelling, in which the exactness of the chosen words is the fundamental factor to “evoke worlds”. 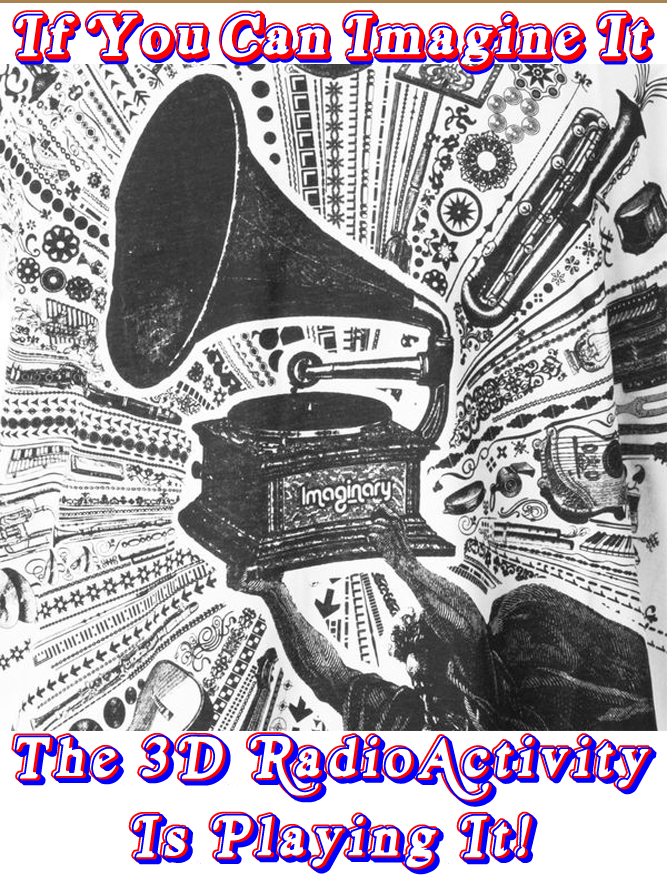 Psychology Today Magazine states that even for those of us who are more visual in our imaginings, music remains one of the most powerful daydream launchers.  In fact, it’s so strong,  sometimes people avoid listening to it at certain times because it has the power to send thoughts in a very particular direction. Music not only affects your creative musings but also your energy levels.  Think about it.  When you hear a driving, rebellious, in-your-face rock song, don’t you immediately vault to either a scene or an emotion that corresponds to the mood of the music when you let it run away?