You are here: Home / Archives for Justin Timberlake

1965, "Downtown" by Petula Clark was at number one on the US singles chart. A young Jimmy Page had played as a session guitarist on the track, giving him his first US number one hit, as well as a number two hit in the UK. 1965, during a Rolling Stones tour of Australia and New Zealand, guitarist Keith Richards had his shirt torn off after 50 fans invaded the stage during the … END_OF_DOCUMENT_TOKEN_TO_BE_REPLACED

Growing up in public is nothing new. Sammy Davis, Jr. did it. So did Stevie Wonder and Michael Jackson. Heck, even Justin Bieber’s doing it now. Some have handled it better than others, and while it’s probably not the easiest thing to do, there are some that make it seem effortless. Justin Timberlake is one of them. He’s the total package…actor, comedian, singer, musician, … END_OF_DOCUMENT_TOKEN_TO_BE_REPLACED 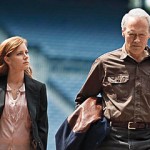 It never ceases to amaze me how big time entertainers can be so polished when they have a script to work with and look so goofy without one. Ever notice how silly some of the biggest names in Hollywood are when they appear on the various talk shows? A case in point is Clint Eastwood. Now granted the normal aging process has done a number on his orating skills but the whole … END_OF_DOCUMENT_TOKEN_TO_BE_REPLACED