You are here: Home / Archives for Kurt Cobain

1967, Marvin Gaye recorded his version of "I Heard It Through The Grapevine." The song was first recorded by The Miracles and had also been a million seller in 1967 for Gladys Knight and the Pips. 1967, Paul McCartney visits a Beach Boys recording session and is said to have loaned his production assistant to the track "Vegetables" for the Smile album. 1968, The Mothers … END_OF_DOCUMENT_TOKEN_TO_BE_REPLACED 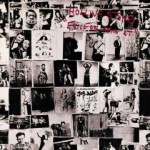 1967, Monkees fans walked from London's Marble Arch to the US Embassy in Grosvenor Square to protest Davy Jones' planned call-up to the army. Jones was exempted because he was deemed responsible for supporting his father. 1968, The first date of a twice-nightly UK tour featuring, Amen Corner, Gene Pitney, Status Quo, Simon Dupree & The Big Sound, and Don Partridge kicked … END_OF_DOCUMENT_TOKEN_TO_BE_REPLACED 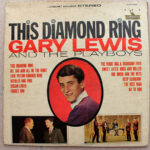 1963, The Beatles drove through the night from Liverpool to London to appear on the live lunchtime BBC radio program Parade of the Pops. The appearance lasted just over four minutes with the band performing "Love Me Do" and "Please Please Me." They then drove another 180 mile trip back north for their performance that night at the Swimming Baths, Doncaster, Yorkshire. 1965, … END_OF_DOCUMENT_TOKEN_TO_BE_REPLACED

1964, The Rolling Stones kicked off an 11-date North American tour playing two shows at The New York Academy of Music. 1966, The Who performed at Folkparken, Halmstad, Sweden. 1967, The Who record an acoustic version of “Mary Anne With The Shaky Hands” at De Lane Lea Studios in London. 1969, Yes performed at Nottingham University, Nottingham, England. 1969, Humble … END_OF_DOCUMENT_TOKEN_TO_BE_REPLACED

1966, The Who appeared at the Locarno Ballroon in Stevenage, England. This UK tour was notable for the addition of the single, "I'm A Boy" to the band's repertoire. 1968, Pink Floyd were forced to cancel a performance at the Chatelet Teenage Festival in Belgium due to work permit problems.  There were some violent reactions from the fans, but the several other bands, … END_OF_DOCUMENT_TOKEN_TO_BE_REPLACED