You are here: Home / Archives for Lindsey Buckingham 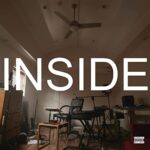 Bo Burnham takes the top spot this year. He epitomized and put the entire pandemic (up to that point) and put it into perspective. Plus it has great songwriting and performing. It delivers on the the promise of his early YouTube career as comedic musician. Bo Burnham “Inside” Andrew Gabbard “Homemade” Courtney Barnett “Things Take Time, This Time” The Rugged Nuggets … END_OF_DOCUMENT_TOKEN_TO_BE_REPLACED

Once again we are playing songs that peaked in the #1 position in Billboard magazine, the international publication devoted to the music industry, one of the oldest trade periodicals in the business. It maintains several charts that track the most popular recordings internationally in various categories on a weekly basis. These have existed for pop, country and R&B, since … END_OF_DOCUMENT_TOKEN_TO_BE_REPLACED