You are here: Home / Archives for Memories Of Old Days – A Compendium Of Curios

Memories Of Old Days – A Compendium Of Curios 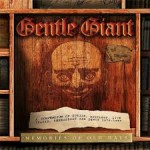 2020 and 2019: Thanks to everyone who continues to support us. The current licensing to legally play all the music you hear on Acid Flashback costs almost $2000 a year. Please help us defray this and other costs with a donation of any amount. … END_OF_DOCUMENT_TOKEN_TO_BE_REPLACED