You are here: Home / Archives for Mick Ralphs 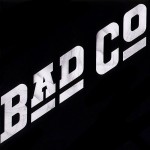 I was a rock snob during the 1970s and 1980s. I admit it, and for those that know me well, this revelation should come as no surprise. I loved prog rock, some southern rock, glam rock and glam’s second cousin disco. I had little tolerance for what I’ll term meat ‘n’ potatoes “dumb-ass” rock.

As a result, I missed out on huge hit albums by Boston, Kiss and Bad Company, to name but a few. However, over the years I’ve come to appreciate the early albums by all three bands. (For some unexplained reason, I always liked BTO, and still do.)

During the ‘80s, I took a pass on most of the hair metal (Poison, especially) and records by Foreigner, Def Leppard, Whitesnake and REO Speedwagon. I pretty much still hate those bands.

Bad Company was yet another supergroup featuring Paul Rodgers (vocals) and Simon Kirke (drums) from Free, Boz Burrell (bass) from King Crimson and Mick Ralphs (guitar) from Mott The Hoople. (King Crimson’s Mel Collins also plays saxophone on the album.) The group’s secret weapons were Paul Rodgers who had perhaps one of the greatest lead-singer voices in all of rock music and the crunchy guitar work of Mick Ralphs.

Being seasoned musicians, they knew their way around the business and approached Led Zeppelin manager, Peter Grant to handle them. He, in turn signed them to Zeppelin’s Swan Song record label in the U.S. (they were signed to Island everywhere else.) Their association with Zep’s record label also gave them added credibility on these shores.

Their sound was about as formulaic as you can get, and with each successive album they released, the songs became more and more generic, however their self-titled platinum chart topping debut album is a stunner. Like many of the biggest albums from the era, the cover was designed by Hipgnosis, but unlike most of Hipgnosis’ designs, they went for a stark and simple, straight-up branding approach for Bad Company rather than going psychedelic or surreal as they did for Pink Floyd, et al.

Today’s Song Of The Day is one several power ballads on the album. It was originally recorded by Mott The Hoople on their 1972 All The Young Dudes album. While I think that Mott’s glammed up version of the song is still better, Bad Company’s version does feature some really nice piano work courtesy of Ralphs and it is still one of the strongest cuts on the album.

The album included two chart singles, “Can’t Get Enough” (#5/1974) and “Movin’ On” (# 19/1974), but included a clutch of album tracks that have become staples of classic rock radio including the “Rock Steady,” the title track and today’s Song Of The Day.

My one and only attempt at being in a band was in middle school. The band was called Toxic Angel and I was the lead singer. The only song we ever attempted to play was “Can’t Get Enough” by Bad Company because it was so easy to pull off.  In fact, my bright and shining moment of rock star glory was when we performed the song during our 8th grade talent show in middle school. (We didn’t win.)

Straight Shooter, the follow-up album, was just as strong as the debut and spawned two more indelible singles in “Good Lovin’ Gone Bad” (#36/1975) and “Feel Like Makin’ Love” (#10/1975). From there it was all downhill with each successive album being more generic than its predecessor. 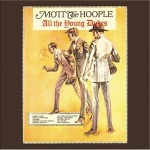 Mott The Hoople was a British pub rock group consisting of Ian Hunter on vocals, guitar and piano, Mick Ralphs on guitar and vocals, Verden Allen on organ and vocals, Pete Overend Watts on bass and Dale “Buffin” Griffin on drums. By 1972, the band had released four poorly received albums and was ready to throw in the towel.

Enter David Bowie to the rescue!

Bowie was much too big a fan of the band to let them call it quits, so he urged them to glam up their image, offered to produce their next album, set them up with Tony Defries and MainMan management and gave a new song to them called “Suffragette City” as the album’s first single. Ian Hunter and company weren’t to keen on “Suffragette City,” so Bowie quickly wrote another song for them to record called “All The Young Dudes,” resulting in their biggest hit and the title cut for their next album.

All The Young Dudes opens with a cover of The Velvet Underground classic “Sweet Jane,” which was written by Lou Reed who would soon also jump onto the glam wagon after benefitting from a Bowie makeover. His Bowie-produced 1972 album Transformer yielded the huge hit “Walk On The Wild Side.” Mott had never heard the original version of “Sweet Jane” and learned if from Bowie right before committing it to tape.

The band’s songwriting really came into its own here, and some of Mott’s greatest rockers including “One Of The Boys,” “Mama’s Little Jewel,” “Jerkin’ Crocus” and today’s Song Of The Day by Eric Berman, “Sucker” – a raunchy S&M rocker and clearly the albums best song – have all become Mott classics.

Guitarist Mick Ralphs wrote “Ready For Love,” and later took the song with him when he left to form Bad Company. The song was one of the highlights of Bad Company’s debut album. “Soft Ground” was written and sung by Verden Allen who left the group shortly after recording Dudes, and the album’s closer “Sea Diver” featured a string arrangement courtesy of Bowie sideman and Spiders From Mars guitarist, Mick Ronson.

The band toured opening for Aerosmith in support of the album and enlisted ex-Spooky Tooth guitarist Luther Grosvenor to join them. They renamed him Ariel Bender, with “Bender” being British slang for homosexual. They also totally glammed up their style by wearing high platform shoes and feminine clothing on stage.

While All The Young Dudes was the album that saved Mott The Hoople from obscurity, the band’s follow up record called Mott was actually their greatest achievement.

Fun fact: The melody of the song “Move On” from Bowie’s 1979 album Lodger was written by reversing the melody of “All The Young Dudes.”

2020 and 2019: Thanks to everyone who continues to support us. The current licensing to legally play all the music you hear on Acid Flashback costs almost $2000 a year. Please help us defray this and other costs with a donation of any amount. … END_OF_DOCUMENT_TOKEN_TO_BE_REPLACED