You are here: Home / Archives for Mississippi Fred McDowell ~ You Gotta Move 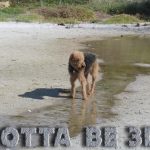 I'm your Uncle Marty, with The 3D RadioActivity  number 482.  Informal speech and representations of such will oftentimes combine words.  GOTTA is used in written English to represent the words 'got to' when they are pronounced informally, with the meaning 'have to' or 'must'.  Since a lot of poetic license is applied to the musical form of … END_OF_DOCUMENT_TOKEN_TO_BE_REPLACED

MOVE - it is a transitive and intransitive verb which can mean to budge, dislocate, displace, disturb, relocate, remove, reposition, shift, transfer, or transpose. The Origin comes via Middle English, from Anglo-French mover, moveir, from Latin movere; probably akin to Sanskrit mivati he moves, pushes. The First Known Use was in the 13th century. A while back, we did show #109, … END_OF_DOCUMENT_TOKEN_TO_BE_REPLACED