You are here: Home / Archives for Northwestern University 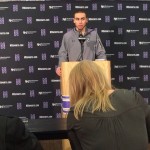 Northwestern came into Saturdays home matchup against Western Michigan looking to bounce back from an embarrassing 80-67 loss to Central Michigan on Thursday night. Even though things were looking shaky in the first half, head coach Chris Collins knew his team was ready for a fight. " We have a really young team so you worry about how they are going to respond" Collins said … END_OF_DOCUMENT_TOKEN_TO_BE_REPLACED 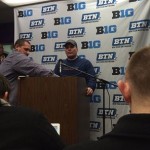 Championship football took over Memorial Stadium in Champaign, Illinois on Saturday afternoon. The stadium first opened in 1923 when Illinois defeated Chicago, 7-0 in a homecoming game. Unfortunately for the Illini, they were playing at Ryan Field in Evanston on Saturday, and the championship game back at their house was for the IHSA State Title. Meanwhile at Northwestern … END_OF_DOCUMENT_TOKEN_TO_BE_REPLACED 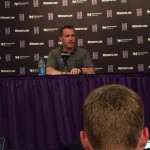 The Northwestern Wildcats may have the title of "Chicago's Big Ten Team", however, it is the Northern Illinois Huskies who are the -winningest- team in the state, as well as the Mid American Conference over the last decade. On Saturday, the two schools located roughly 70 miles from one another, met for the first time since the 2005 season. The Wildcats entered Saturday's … END_OF_DOCUMENT_TOKEN_TO_BE_REPLACED 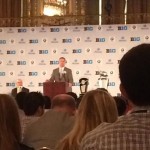 Big Ten Media Day took over the Hilton in Chicago on Monday and Tuesday, and just in case you didn't have over eight hours to catch the action on the Big Ten Network, here is the breakdown of some of the main storylines. THIS WILL BE THE FIRST SEASON WITH THE NEW "COLLEGE FOOTBALL PLAYOFF" Now, every game matters even more. The new playoff preserves the excitement and … END_OF_DOCUMENT_TOKEN_TO_BE_REPLACED 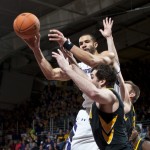 Northwestern came into Saturday's home matchup against Iowa on a high note after winning 3 of 4, including a double overtime thriller against Purdue, and an upset victory over then 23rd ranked Illinois. However, the Wildcats just did not have enough depth to hang with the 10th ranked Hawkeye's, who beat them 76-50 Saturday afternoon in a rematch of the two teams’ Jan. 9 game … END_OF_DOCUMENT_TOKEN_TO_BE_REPLACED