You are here: Home / Archives for Pete Townshend

1964, "A Hard Day's Night" went to the top of the charts giving The Beatles their fifth US number one single in seven months. 1964, Billboard Magazine reported that the harmonica was making a comeback in a big way thanks to its use by Stevie Wonder, The Rolling Stones, The Beatles and Bob Dylan. 1965, During a UK tour, The Rolling Stones appeared at the London Palladium … END_OF_DOCUMENT_TOKEN_TO_BE_REPLACED

1966, The Beatles release their album Yesterday & Today, featuring the band wearing butcher's aprons on the front cover surrounded by decapitated baby dolls. At the time, some of the Beatles defended the use of the Butcher photograph. John Lennon said that it was "as relevant as Vietnam" and McCartney said that their critics were "soft." However, this opinion was not shared … END_OF_DOCUMENT_TOKEN_TO_BE_REPLACED

1967, The Beatles held a press party at manager Brian Epstein's house in London for the launch of the Sgt. Pepper's album. Linda Eastman was hired as the press photographer. 1967, Pink Floyd played at Club A' Go Go in Newcastle upon Tyne, Tyne and Wear, England. 1969, The Who appeared at The Rock Pile in Toronto, Ontario, Canada. 1970, New Riders of the Purple Sage, … END_OF_DOCUMENT_TOKEN_TO_BE_REPLACED

1966, The Beach Boys released the album 'Pet Sounds.' The album is now regarded as the masterpiece of composer-producer Brian Wilson, and is often hailed as one of the best and most influential albums in popular music. 1966, Dylan’s iconic Blonde On Blonde album was released, reaching No.9 in the US charts and No.3 in the UK. Rock's first double album, and Dylan's seventh … END_OF_DOCUMENT_TOKEN_TO_BE_REPLACED 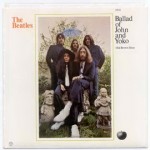 1969, The recording of "The Ballad Of John and Yoko" took place, with just two Beatles, Paul McCartney and John Lennon. Paul played bass, drums and piano with John on guitars and lead vocals. The song was banned from many radio stations as being blasphemous. On some stations, the word 'Christ' was edited in backwards to avoid the ban. 1969, Pink Floyd debuted a new … END_OF_DOCUMENT_TOKEN_TO_BE_REPLACED