You are here: Home / Archives for Pusher Love Girl 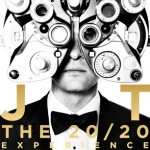 Growing up in public is nothing new. Sammy Davis, Jr. did it. So did Stevie Wonder and Michael Jackson. Heck, even Justin Bieber’s doing it now. Some have handled it better than others, and while it’s probably not the easiest thing to do, there are some that make it seem effortless.

Justin Timberlake is one of them. He’s the total package…actor, comedian, singer, musician, fashion plate, record label honcho, business man…he’s got it all!

Timberlake’s career began at age 11 when he sang country tunes on Star Search under the name Jason Randall. From there, he went on to become a cast member of The New Mickey Mouse Club along with Britney Spears, Christina Aguilera, JC Chasez and Ryan Gosling.

His career really took off when he joined the boy band, ‘N Sync (along with JC Chasez). Worldwide success ensued with record breaking tours, smash hit singles like “Bye Bye Bye,” “That I Promise You,” “Girlfriend,” “Gone,” “Tearin’ Up My Heart” and “It’s Gonna Be Me,” and the chart-topping albums No Strings Attached and Celebrity.

But what would happen to young JT once ‘N Sync’s popularity waned? Could he make it in music? Perhaps he could go back to the medium of TV. It was a crap shoot as to whether he’d even have a career at all. Look at the rest of ‘N Sync, and the members of New Kids On The Block for that matter. Where are they now?

No worries, Justin Timberlake took the bull, and the opportunities, by the horn and let his talent lead the way by releasing his first solo album Justified in 2002. The album was not only a critical success, but it also spawned the hit singles “Like I Love You,” “Senorita,” “Cry Me A River” and “Rock Your Body.”

In the meantime, our golden boy recorded with everybody from Madonna and Duran Duran to 50 Cent and Lil Wayne, which just added to his allure and credibility. A movie career ensued, including parts in The Social Network, Bad Teacher, In Time, Friends With Benefits, Alpha Dog, Black Snake Moan and Shrek the Third, and he mostly got good notices too!

He emerged pretty much unscathed from his participation in the Super Bowl wardrobe malfunction that caught Janet Jackson with her breast exposed to over 100 million people. Then came his second album, FutureSex/LoveSounds where he singlehandedly brought sexy back to the top of the charts, and with Andy Samberg and The Lonely Island he also brought bawdy back to the television airwaves with “D**k In A Box” and its companion piece “Motherlover” on Saturday Night Live. He recently became a member of the “Five Timers Club” for hosting that show five times.

And so with great fanfare, Justin Timberlake announced his return to music this year after a seven year layoff with The 20/20 Experience, and it is a stunner of a record. The album features ten long song-suites that have as much in common with Paul McCartney’s “Band On The Run” and “Uncle Albert/Admiral Halsey” as they do with the retro soul music of Michael Jackson and Stevie Wonder, and the dance music that is currently all over the charts today.

With sturdy production by Timbaland, his trusted companion in music, The 20/20 Experience is both totally up to date and retro at the same time.

Many of the songs have long codas, abrupt rhythm changes and elongated vamps that take them into many different directions, like today’s Song Of The Day which switches gears half way through, and “Strawberry Bubblegum,” whose coda comes straight from the Stevie Wonder playbook. All of the songs revolve around metaphors for love and sex, as drugs in “Pusher Love Girl,” candy in “Strawberry Bubblegum” and even space travel in “Spaceship Coupe” (with room for two and making love on the moon).

There’s the deep soul grind of “That Girl” that is punctuated by a great rhythm guitar and horn part, and Timberlake is at his most Michael Jackson on the dance floor shaker “Let The Groove Get In.” Barry White is channeled on the retro string intro of “Pusher Love Girl,” as well as during the opening vamp of “Strawberry Bubblegum” and throughout “Hold The Wall.” While the backbeat on “Suit & Tie” is very reminiscent of Marvin Gaye’s “Mercy Mercy Me.” The proceedings come to a close with the album’s sole atmospheric ballad, “Blue Ocean Floor” which ends things on a meditative note.

While some of the songs tend to ponder on a little too long at times, for the most part Timberlake has delivered his most consistent effort yet. Stay tuned for the second ten songs of The 20/20 Experience coming out this November…

2020 and 2019: Thanks to everyone who continues to support us. The current licensing to legally play all the music you hear on Acid Flashback costs almost $2000 a year. Please help us defray this and other costs with a donation of any amount. … END_OF_DOCUMENT_TOKEN_TO_BE_REPLACED