You are here: Home / Archives for Ray Dorset 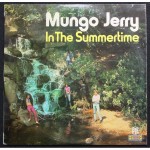 Today’s Song Of The Day topped the charts in Australia, Austria, Belgium, Canada, France, Germany, Ireland, Italy, The Netherlands, Norway, South Africa, Switzerland and the U.K. upon its release in 1970, however it only climbed to the #3 position on the Billboard Singles Chart in the U.S. It is also one of the most-played and recognizable summer songs of all time, selling … END_OF_DOCUMENT_TOKEN_TO_BE_REPLACED