You are here: Home / Archives for Rich Rubin 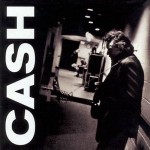 Song of the Day by Eric Berman – “The Mercy Seat” by Johnny Cash By the year 2000 and the third album in the American series, Johnny Cash had reestablished himself as one of the greatest singers, not just in country music, but in all music. Producer, Rick Rubin, began working with him several years before and allowed Johnny Cash do what he did best in the studio…be JOHNNY … END_OF_DOCUMENT_TOKEN_TO_BE_REPLACED