You are here: Home / Archives for Rolling Thunder Review 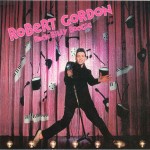 Song Of The Day by Eric Berman – “Black Slacks” by Robert Gordon Robert Gordon was born at the wrong time. Right from the beginning, all Robert Gordon ever wanted was to be a 1950s rock ‘n’ roll star like his idols Elvis Presley, Gene Vincent and Carl Perkins. The only problem was that by the time he rose to prominence, the 1950s were nearly thirty years gone. Growing up … END_OF_DOCUMENT_TOKEN_TO_BE_REPLACED