You are here: Home / Archives for Rundown Rehearsals 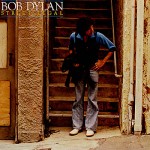 Song of the Day by Eric Berman – “No Time to Think” by Bob Dylan Street Legal is one of the most underrated records in Bob Dylan’s canon. Before proper recording of the album ensued, Dylan began rehearsing his band for a tour of the Far East that resulted in the release of the Live at Budokan. The tour was dubbed “The Vegas Tour” by the time the live album surfaced … END_OF_DOCUMENT_TOKEN_TO_BE_REPLACED