You are here: Home / Archives for Shadows In The Night

Shadows In The Night 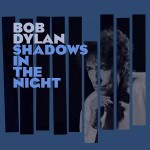 Song of the Day by Eric Berman – “All or Nothing at All” by Frank Sinatra So, Bob Dylan officially announced today that he will be releasing a new self-produced record of Frank Sinatra covers called Shadows in the Night during the first week of February. I say, bring it on! But then again, I said the same thing when Dylan announced he was going to put Christmas Through … END_OF_DOCUMENT_TOKEN_TO_BE_REPLACED