You are here: Home / Archives for Song Of The Day by Eric Bemran

Song Of The Day by Eric Bemran

Who knows what was going on in songwriter Jimmy Webb’s mind when he wrote the somewhat nonsensical lyrics to this song, but one thing for sure is that it is a classic brought to the upper regions of the charts not once but twice. Richard Harris was known primarily as an actor and not a singer which can be evidenced on any of his albums, some of which are quite the … END_OF_DOCUMENT_TOKEN_TO_BE_REPLACED 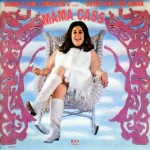 Only in the 1960s could someone as robust as Cass Elliot become an equally big star. Sure, she had talent to burn and a set of unrivalled pipes, but in this day and age of the thinner than thin in showbiz, she just would not have stood a chance…and a shame it would have been indeed. The former Ellen Cohen was born in Maryland and got her start as part of the folk trio, The … END_OF_DOCUMENT_TOKEN_TO_BE_REPLACED

They were originally formed as The Sentimental Four out of Hampton News, VA and they consisted of two sets of brothers: Rudy and Bernie West, and Raphael and Ripley Ingram. Their first recordings were for the Aladdin Record label although the line-up changed when Rudy West went into the Army. At this point they added Maryland Pierce and Dickie Smith on vocals and changed their … END_OF_DOCUMENT_TOKEN_TO_BE_REPLACED