You are here: Home / Music / Easy Listening/Pop / Song Of The Day – “MacArthur Park” by Richard Harris 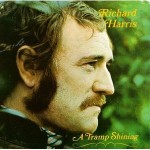 Who knows what was going on in songwriter Jimmy Webb’s mind when he wrote the somewhat nonsensical lyrics to this song, but one thing for sure is that it is a classic brought to the upper regions of the charts not once but twice. Richard Harris was known primarily as an actor and not a singer which can be evidenced on any of his albums, some of which are quite the embarrassment. Some of his most popular acting roles included King Arthur in the musical “Camelot” and Albus Dumbledore in the first few Harry Potter films. The song was originally intended for The Association to record, but they rejected it. Harris’ version of the song was released in 1968 and reached the number ten slot on the charts. It was included on his 1968 album “A Tramp Shining,” which is a bona-fide easy listening classic with all of the songs penned by Jimmy Webb. The song was subsequently recorded by artists as diverse as Donna Summer (who took it to the top of the charts in 1978 with her Disco version), Waylon Jennings, Liza Minnelli, The 5th Dimension, Justin Hayward (of The Moody Blues), Ferrante & Teicher and numerous others.