You are here: Home / Archives for Songs Cycled 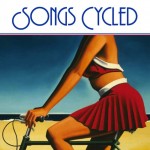 Van Dyke Parks has essentially been making the same album since 1968, and fortunately for his fans, that album is a great one. Parks’ fascination with Tin Pan Alley sounds and Depression-Era songwriting has infused his work since the mid-1960s, resulting in albums that sound like original cast recordings from musicals that don’t exist. Over the last two years, Parks … END_OF_DOCUMENT_TOKEN_TO_BE_REPLACED