You are here: Home / Archives for Stevie Wonder ~ Living For The City

Stevie Wonder ~ Living For The City 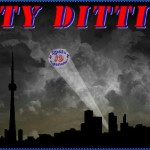 I'm Uncle Marty, this is The 3D RadioActivity, and we are going city to city this time.  In most places, a town, village, community, or neighborhood is simply unincorporated with no governmental powers.  In lots of others, an incorporated city is a legally defined government entity, with powers delegated, created and approved by the voters of the city. It can provide local … END_OF_DOCUMENT_TOKEN_TO_BE_REPLACED

On this episode we are spinning cuts that are part of the compendium known as Rolling Stone Magazine's "500 Greatest Songs of All Time", and every song is one that we have not featured on the program before...  Which really says something because we have played well over 5,000 numbers in our nearly 250 shows, and we always try not to repeat ourselves.  I'm Uncle Marty, along … END_OF_DOCUMENT_TOKEN_TO_BE_REPLACED