You are here: Home / Archives for Super Bowl XLVI

Writer Paul Schwartz penned his story with the following introduction, "At the end, Tom Coughlin did not need to push and prod his Giants, did not need to preach "All In" any longer, did not need to insist and demand and plea for his players to please, please, just "Finish." "All he needed to do was watch the confetti fall after his quarterback, Eli Manning, did it again and … END_OF_DOCUMENT_TOKEN_TO_BE_REPLACED 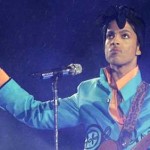 Most people don't remember that the halftime show was not really a rock/pop/hip showcase until the early nineties, when producer The Walt Disney company trotted out New Kids on the Block. Early incarnations of the halftime event consisted of marching bands, drill teams, and "Up WIth People," a group of singer made of young adults from around the world. They graced the … END_OF_DOCUMENT_TOKEN_TO_BE_REPLACED

with Andy Dorf and Fred Wallin On this edition of Dorf on Sports Fred and Andy talk all about the Super Bowl between The Giants and The Patriots. They break down all of the match ups, and take calls from listeners with their opinions of whats going to happen this weekend. Comedian/ actor Paul Rodriguez calls in to talk sports and life. He will be preforming this weekend at the … END_OF_DOCUMENT_TOKEN_TO_BE_REPLACED

Here it is. The commercial people have been talking about all weekend. Actor Broderick spoofs his own "Ferris Bueller's Day Off" in the ad for Honda that will appear in the Super Bowl.  The extended version has a ton of references to scenes from the movie.  Enjoy! … END_OF_DOCUMENT_TOKEN_TO_BE_REPLACED

with Andy Dorf and Fred Wallin The Dorfman and Fred talk about tennis and the Australian Open. Then they move into the matchup for Super Bowl XLVI and spent the rest  of the show talking about it. They take calls from listeners as well. To be part of the show listen online at 1100kfnx.com Wednesday nights 9-10 AZ Time and call in at 866-536-1100. Click to … END_OF_DOCUMENT_TOKEN_TO_BE_REPLACED